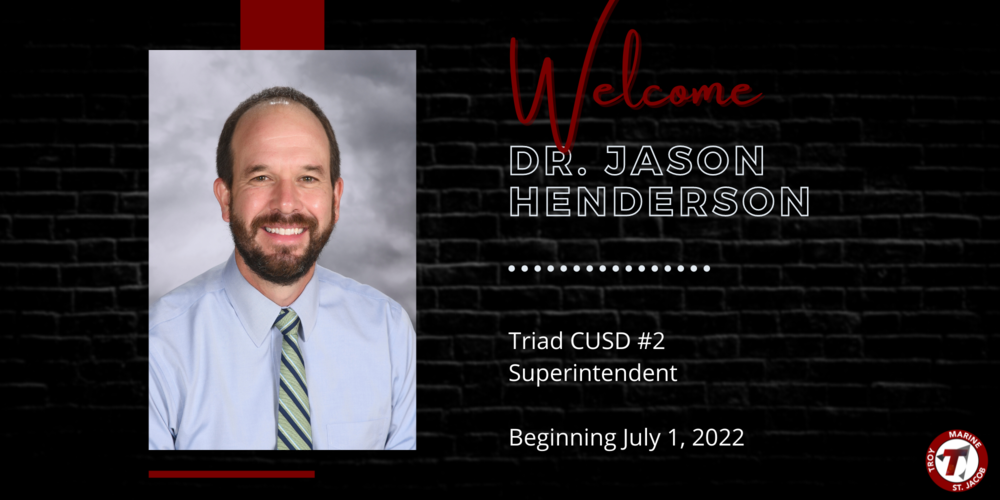 At the December 20, 2021 Triad Board of Education meeting our current superintendent, Leigh Lewis, announced her intent to retire effective June 30th, 2022. The Board immediately began the process of searching for the next superintendent. The district was fortunate to have several highly qualified internal candidates express an interest in the position. After discussions and interviews, the Triad Board of Education is pleased to announce that they’ve selected Dr. Jason Henderson as Triad’s next superintendent beginning on July 1, 2022.

Jason Henderson was hired at Triad in 1994 as a mathematics teacher at THS.  He also coached tennis for eleven years while a teacher at Triad. His first job as an administrator was in 2004 at THS as a part time assistant principal.  In 2005, he became the principal of St. Jacob Elementary School.  When the new elementary schools were opened in 2008, he became the first principal of Silver Creek Elementary before taking a position as a district curriculum leader, and in 2013 he became the district's Assistant Superintendent. Dr. Henderson served as Edwardsville CUSD #7’s superintendent for two years before returning to Triad in 2021 as the district’s Director of Business and Finance.